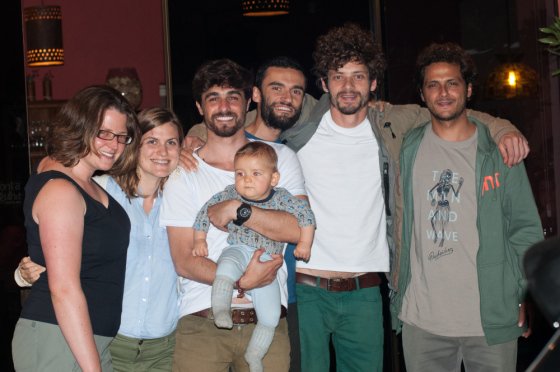 A US citizen that is a permanent resident of Brasil, your persistence will pay off. Florianopolis as well…

When moving to a new place, some people find it easier to make friends than others. This guest post from  is full of helpful tips to help you start building that all important social network. It’s written specifically about Florianópolis, Brazil, but most of these points can be applied to any new country or city.

When my husband and I decided to move from Canada to Florianópolis, Brazil, I knew that my number one priority for the first year would be to make friends. For me it was even more important than learning Portuguese. Moving to a country with a new language and culture can be exciting, but it can also be very lonely if you don’t have a good support network/circle of friends.

So how does one go about making friends in a new country/culture/language? Here’s what worked for me:

My first friend in Floripa, thanks to the Gringos Floripa Facebook page

After being here for a year, I’m happy to say I’ve made a lot of friends, both Brazilian and international. Admittedly I am a very social person who loves meeting people, so it wasn’t too hard for me. If you are someone who struggles with this, I encourage you to step out of your comfort zone and meet as many people as you can at the beginning of your time in a new place. It will keep the loneliness at bay and you will feel much more “at home” in your new home.

Have you lived abroad? What did you do to meet people and make friends? Tell us in the comments below!